THE LANDSCAPES REFLECT ON THE GLASS LAKES

Stretching for almost two miles along the shore of the loch, Lochcarron is a beautiful village with a number of handy local services. Although it is not as popular or well known as Plockton, Gairloch or Ullapool, the village has stunning views of mountains, rivers, lochs and glens. As the village is just 15 miles from the Glencarron Estate it is easily accessible. There are plenty of activities to keep everyone happy no matter what their age or ability, including walking, climbing, sailing, fishing, diving and golf. Railway enthusiasts can also admire the Kyle Line, which featured in Michael Palin's Great Railway Journeys of the World. Facilities on offer in the village include a small supermarket, two petrol stations, a bank and a few very good restaurants, including Strathcarron Hotel, The Carron and Rockville.

Lochcarron also gives visitors the chance to buy genuine Scottish tartan from the weaver shop. Selling a range of quality tartans, knitwear, kilts and tweed, Lochcarron Weavers is admired and used by many celebrities and VIPs.

The gateway to Wester Ross in the Highlands is the lovely small village of Achnasheen, which is just six miles from the heart of the estate. Sitting at the foot of Bheinn Fionn, the village has stunning views stretching for miles in every direction. There is a very good pub at the Ledgowan Hotel, and the Anchnasheen Railway Station welcomes thousands of visitors every year.

The wonderful Isle of Skye is always worth a day trip when visiting the Scottish Highlands. With its beautiful mountain scenery, excellent fishing, various shops, museums and the Talisker whiskey distillery, the island has something to offer all its visitors. Accessed via the road bridge from Kyle of Lochalsh, there are several villages and towns to discover, including Dunvegan with its stunning castle and nearby restaurant, the Three Chimneys', which is considered to be one of the top 50 restaurants in the world.

Around a 40 minute drive from Glencarron is the pretty seaside village of Applecross, which has its own pub, The Applecross Inn, serving very good seafood. There are several ways to access this village; the most beautiful is over the Bealach na Ba, which reaches heights of more than 2000ft, and has breath-taking views of the Scottish Highlands. Alternatively wind your way along the coastal road passing through the lovely villages of Shieldaig and Torridon.

Plockton is a lovely picturesque village on the edge of Loch Carron. Protected from the harsh winds, the village is home to a number of palm trees. There are two good places to enjoy a nice meal - either the Plockton Hotel on the waterfront or the Plockton Inn. The village is especially popular with fans of the hit TV show Hamish Macbeth, which was filmed here. The village has also been used in the film, The Wicker Man. Whilst visiting Plockton it is worth travelling an extra few miles to see Duncraig Castle, a stately home built by a family which made its money in the opium trade.

Situated at the mouth of the River Ness and less than an hour's drive from the Glencarron Estate is Inverness. The city features many of the country's big named shops, which effortlessly fit in with the historic castle and churches. Ten miles west of Inverness is the lovely Highland village, Beauly, home to the Beauly Priory and Lovat Castle. Culloden Moor also lies nearby, and in 1746 was the site of the Battle of Culloden, which ended the Jacobite Rising.

Dingwall town is steeped in history. Home to Dingwall Castle and Tulloch Castle it has been a site for several battles between Scottish clans. There is also a large Tesco, which is the closest to the estate.

The area surrounding Torridon is well known for its mountain scenery and has become very popular with hikers, climbers, photographers and wildlife enthusiasts. Mountains here rise steeply from the sea lochs up to 3,500 feet, while the wildlife on show includes red deer, eagles, otters and whales.

There are two very good beaches in the area, where children can play and build sandcastles, whilst others enjoy soaking up the hot summer sun. The Red Point beaches near Gairloch and Badacro, are two of the best beaches in Scotland and are close to the Badarco Inn, which serves good food. The beaches may be 50 minutes' drive from Glencarron, but once there they are well worth the trip. Try to avoid using the first beach and instead drive all the way to the end of the road and walk straight across the grass to the second beach.

Alternatively there is Firemore beach near the River Ewe. Warmed by the gulf stream the beach is on the shore of a sea loch and opposite the tiny Isle of Ewe. Glass-bottom boat trips are available around the loch and there is excellent fishing. You can also combine a day out with a visit to the sub-tropical gardens at Inverewe.

The iconic Eilean Donan Castle is recognised throughout the world. Located on a small island at the point where three lochs meet, the castle is surrounded by beautiful scenery. Originally built in the 6th century the castle has been destroyed and rebuilt at least four times. The latest version opened in 1932, and is now one of the most popular attractions in the Highlands.

Originally landscaped in the late 19th century by Baron Schroder, Attadale Gardens was a series of paths meandering through the hills, conifers and rhododendrons. After a storm in 1980, current owner Nicky Macpherson transformed the gardens, which cover more than 20 acres, to capture the best of the views. It is now a collection of waterfalls, bridges, sculptures and wonderful plants.

It is hard to imagine visiting Scotland without experiencing one of the many working whiskey distilleries. On the edge of the Black Isle, just a few miles west of Inverness, is Glenord Distillery producing a rich, and well rounded, smooth-tasting single malt. 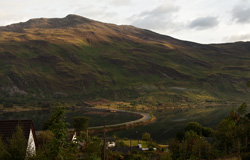 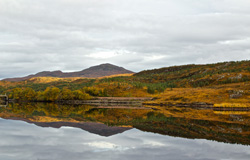 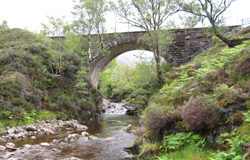 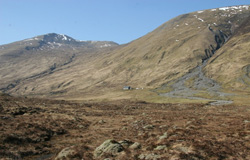 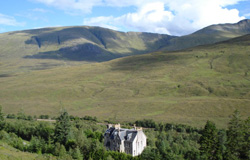 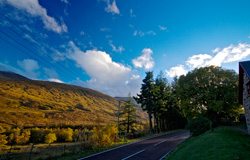 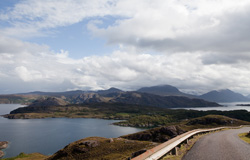 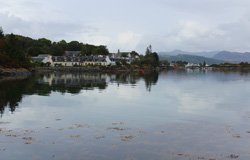 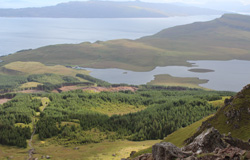 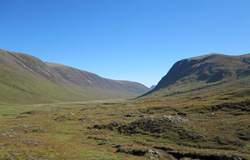 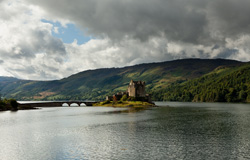 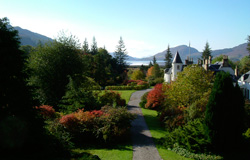 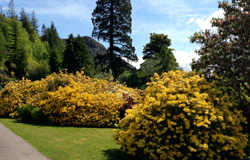